Word of this find quickly spread to the about 1000 prospectors, miners, Northwest Mounted Police, missionaries and others who called the Yukon home at the time. Settlements were quickly abandoned as a rush to stake the best ground commenced.

Two of these residents were Joe Ladue and Arthur Harper who had been trading in the Yukon for years. They were quick to purchase, stake and establish the town site of Dawson (named for Canadian Geologist George Mercer Dawson) at the confluence of the Yukon and Klondike Rivers, about twenty kilometers from Discovery Claim. 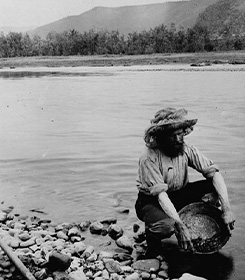 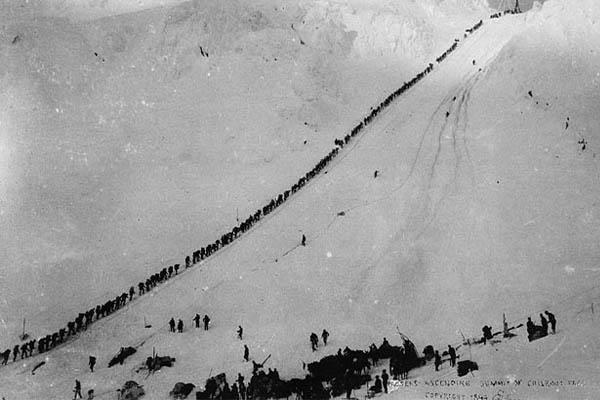 News reached the outside world in July of 1897 when the steamships Excelsior and Portland reached San Francisco and Seattle, respectively, with the successful miners from the previous season carrying the infamous “Ton of Gold”. News spread like wildfire of a land where “nuggets could be picked off the creek floor” to a recession suffering world and caused an unprecedented stampede of an estimated 100,000 people to set out to the Klondike.

Most left knowing little of the journey they would undertake. They followed treacherous routes that involved uncharted landscapes, snow-choked mountain passes and freezing rivers to stake their claim to fortune in the Klondike. Most would need to travel over 5000km to get to Dawson City.

Most arrived to discover the good ground had been staked in the previous two years. Many simply booked passage home but others stayed and made fortunes through other endeavors. Money was not an issue in Dawson, as gold was in abundance, and businesses that catered to the gold-strapped miners thrived. 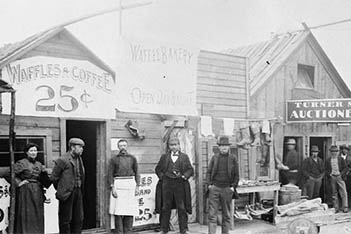 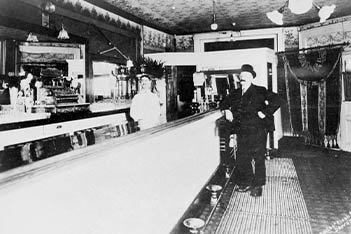 Dawson became known as the “Paris of the North”: The largest city west of Winnipeg and north of Seattle. Overnight millionaires roamed the streets seeking ways to spend their riches. The best food, drink and clothing were all available for purchase, at a high cost. Dance and gambling halls, bars, brothels, restaurants and supply stores all made fortunes “mining the miners”.

Dawson continued to thrive until gold was found on the beaches of Nome, Alaska in 1899. Many of the same people who came seeking fortunes in the Klondike left Dawson in a new rush.

Most gold rush participants found no gold at all. But the prospect of sudden riches was not all that mattered. For many of those who made the incredible journey, the Klondike represented escape from the humdrum, the adventure of a new frontier.

The Gold Rush changed the landscape of the northwest and of North America forever. Transportation to the West and North were vastly overhauled to sustain the Rush. Towns such as Victoria, Vancouver, and Edmonton owe much of their development to the Last Great Rush. The North became accessible, attainable and, at least in the mind of the common man, conquerable. 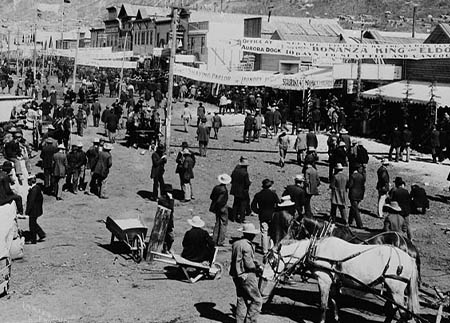 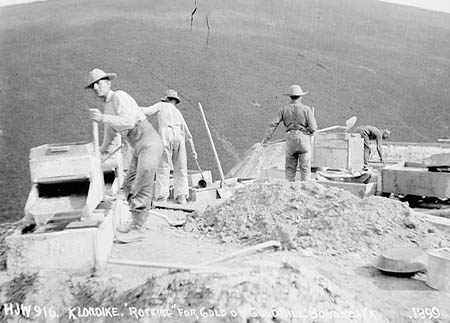 Today, this spirit can still be found in Dawson. Although the rush is over, gold mining still thrives, and the adventure it takes to get here, although less arduous, is still a reality. Come experience the rush for yourself and you’ll see what all the fuss was about!