Not Quite Midnight by Cas Public 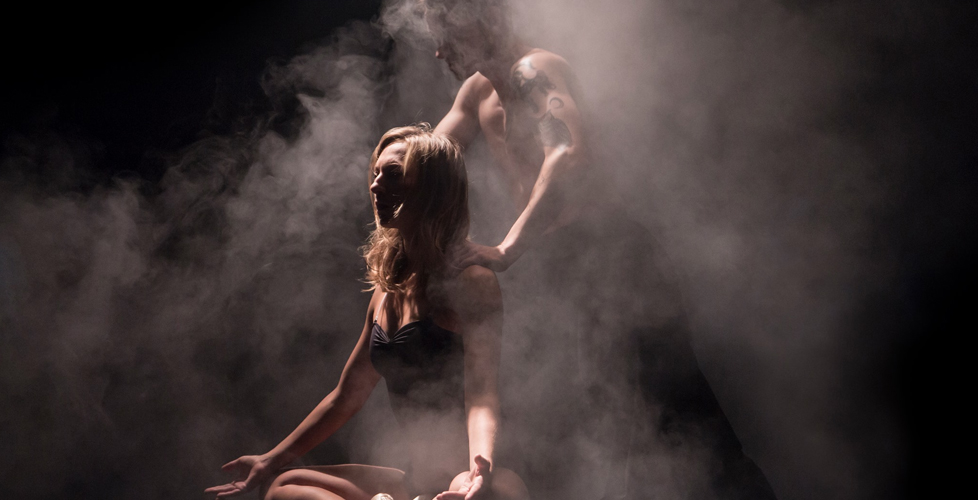 In these sombre times, Cas Public summons up the magic of Cinderella. The magic of the tales of Perrault and the Brothers Grimm, the operas of Rossini and Prokofiev. But also the magic of a hundred lesser known versions passed down in the oral tradition. Six dancers hand in their ballet slippers for a glass slipper and with gusto plunge us once again into this fairy tale, so emblematic of our collective psyche. Hélène Blackburn’s choreography becomes a portal to the emotions. Compassionate yet stern, brittle yet powerful, this new production pays tribute to the qualities of heart and mind which give us the strength to overcome hardship, better ourselves and find fulfillment. Well-versed in the interpretation of the great classics, the company offers a new way of being moved and enchanted by this masterpiece’s lyric and poetic power. Well versed in deconstructing great classical works, the company has found another way of captivating audiences, of recounting the poetic and lyrical depth of this masterpiece. Hélène Blackburn demands a much less consensual interpretation of the work. Behind the excessive and grotesque nature of some poses, a certain ambiguity flows through and destroys the tale’s neat sequencing, going so far as to challenge the idea of Cinderella as a female role model. The ballet’s subtitle, “Not Quite Midnight”, came to Hélène Blackburn from a line in Mathias Malzieu’s novel “La Mécanique du coeur”. “If Cinderella had a clock in her heart, she would have stopped the hand one minute before midnight and had a blast at the ball for the rest of her life”.

This special Dawson City production is presented in partnership with the Yukon Arts Centre with funding from the Canadian Arts Presentation Fund, and sponsored by the Downtown Hotel.