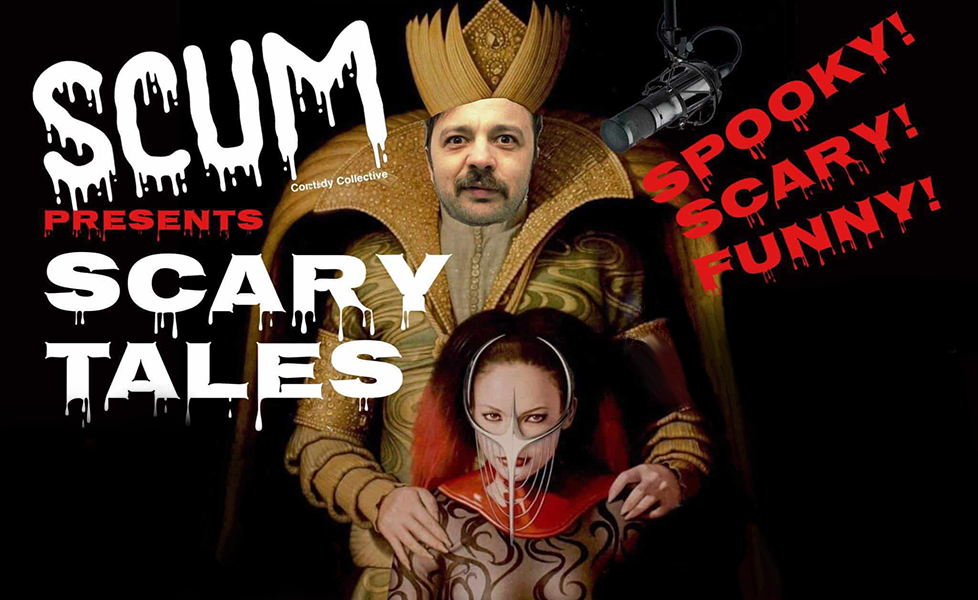 Doors open at 8:30 pm and the Spooktacular plays begin at 9 pm
Entry by donation
Cash bar

Too scared to leave the house?
Tune in instead to listen on CFYT 106.9

Sketch Comedy Underground Movement (SCUM) is a collective of writers, filmmakers, actors, and comedians based out of Dawson City, whose soul purpose is to write and produce a sketch comedy series – for your entertainment.